On 14 September 2019, The Astronomical Society of Edinburgh awarded Ronald J Livesey, CEng FICE FRAS a LORIMER MEDAL in recognition of his services to amateur astronomy.

This is the citation by Dr Dave Gavine, himself a Lorimer medalist:

Ron Livesey has been a very active member of BAA since 1956 contributing observations of Sun, moon, planets, stars, meteors & aurora, to all the observing sections. He was Director of the Aurora Section from 1976 to 2005 and remains as Assistant Director to the present day, specialising in statistics – comparing auroral sightings with solar and magnetic activity. Ron championed the simple ‘jam jar’ magnetometer from his home in Edinburgh. Even at the age of ninety, Ron still makes sunspot observations for the Solar Section. He has contributed many papers and articles to the BAA journal and meteorological magazines and is an active promotor of astronomy throughout Scotland. As Director he issued frequent newsletters and organised Section meetings. Ron was awarded the BAA’s Lydia Brown medal and recently the Goodacre medal – its highest award. He is a past president of the Astronomical Society of Glasgow and an Honorary Member of Dundee Astronomical Society. He is revered by all amateur astronomers in Scotland who know him. 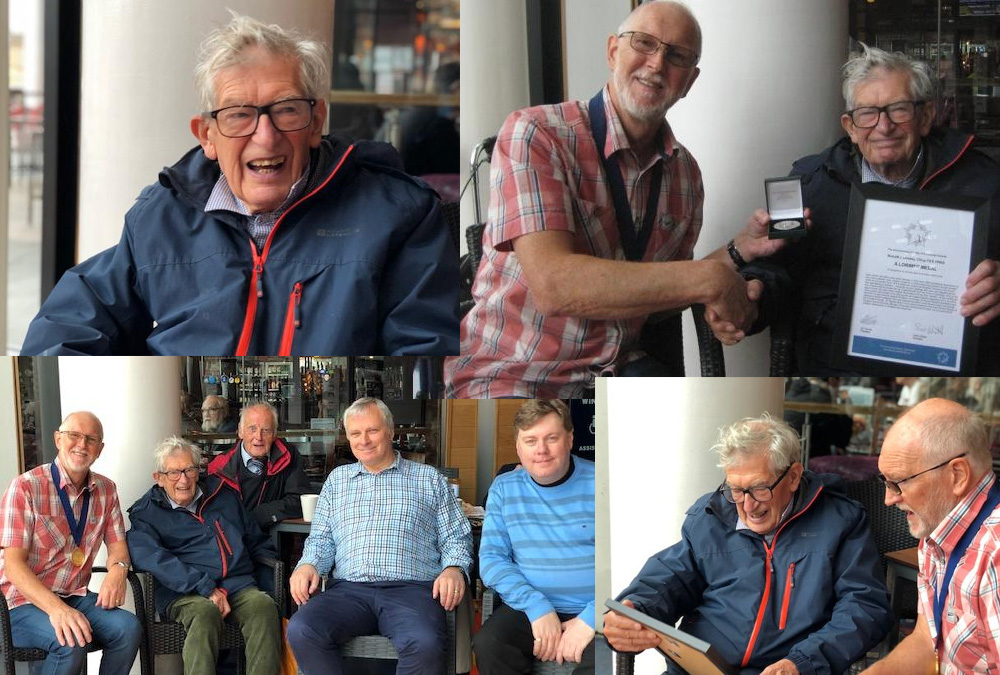