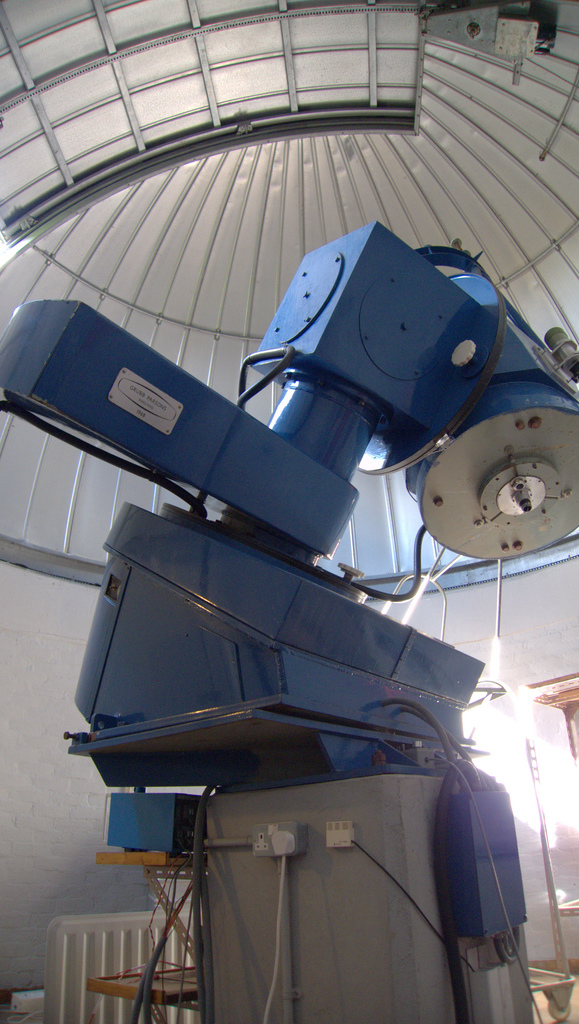 Talk by Prof Giles Hammond, University of Glasgow. We will also have the Sky in February from Horst Meyerdierks and Andrew Farrow will give a presentation about our Charles Tulley telescope.

In this talk I will describe work that has been undertaken to renovate a 20” Grubb – Parsons telescope at University of Glasgow. I will begin with a brief history of the company, charting some of the telescope this company built for international observatories. I will then describe the Glasgow 20”, which had a sister telescope in Edinburgh. The renovation required a complete rebuild of the RA and Dec clock drive, in addition to re-aluminising the mirrors. I will finish with some images/observations from the instrument.

In person at the Augustine United Church or online via our YouTube channel.

Hear about the Astronomical Society of Edinburgh’s Charles Tulley telescope.
This short talk will consider ‘The man, the business and the telescope’.

Charles Tulley was a founder member of the Astronomical Society of London and an optician and instrument maker. It will explore his work on achromatic lens manufacture, an incident which opens a window on life in Georgian Britain and looks at the development of his business and it’s subsequent ownership. It will also discuss the 42” Tulley scope in the Society’s possession which will be on display during the talk.

Giles Hammond obtained his PhD from the University of Birmingham in 1998 and then spent two years at University of Colorado at Boulder, building inertial seismic isolation systems for the advanced LIGO gravitational wave upgrade. He returned to Birmingham for a further 7 years, during which time he placed new limits on forces coupling mass to spin.

In 2007 Giles moved to Glasgow, to work on the development of low thermal noise suspensions operating at both room temperature and cryogenic temperature. He led the development, installation and characterisation of the fused silica suspension systems in the Hanford and Livingston gravitational wave detectors for the aLIGO upgrade. These detectors made the first detection of gravitational waves from a black hole binary system on 14th September 2015, opening up the gravitational window on the Universe.

He also leads a group focussed on the development of ultra-sensitive MEMS gravimeters. These temperature stabilised devices offer a new transformative technology with industrial spin-offs in the fields of oil & gas prospecting, environmental monitoring and defence.

He currently chairs the LIGO Scientific Collaboration Suspension & Isolation Working group, and is a fellow of the IoP and Royal Society of Edinburgh.