The Venus Tablets of Ammisaduqa – a solution 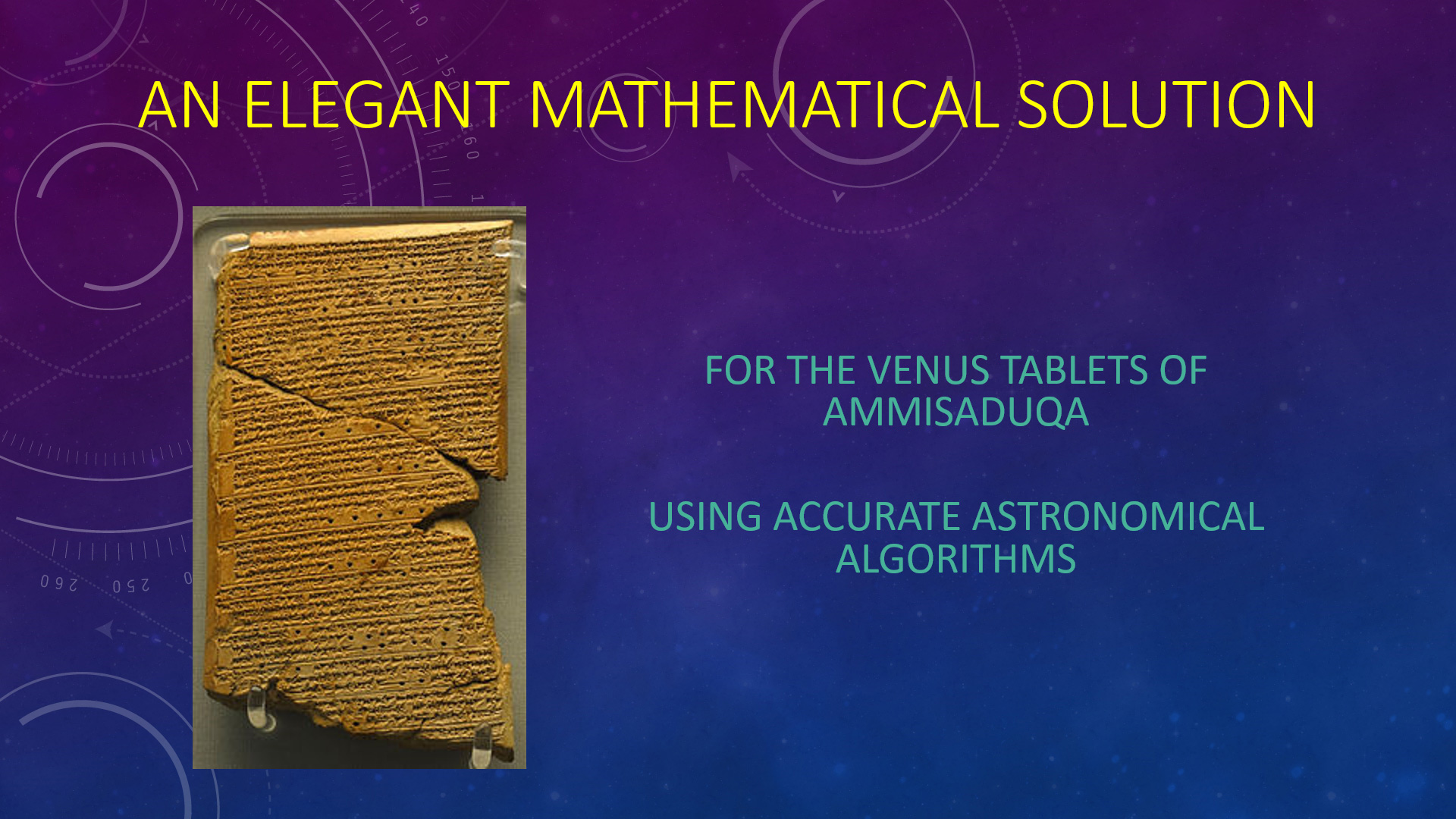 The Venus Tablets of Ammisaduqa – a solution

We have a conjunction of archaeology and astronomy as Dr Bruce Vickery describes a solution to the Venus Tablets of Ammisaduqa. An interesting link between today’s highly scientific world and that of the Babylonians over 3,500 years ago.

We’ve had talks about this topic before and you can see more of the background at this previous talk, but this is a special event you won’t want to miss.

Research into the dates has been active for almost 100 years and the first estimates were published in the 1920’s. Now with the modern models for the Solar System we stand on the verge of obtaining that hidden treasure. Research in Edinburgh has revealed the most likely date of the tablets, and this will be presented at the Astronomical Society of Edinburgh in conjunction with the U3A Astronomy group in Edinburgh.

And there is a big payoff: with these dates we will be able to place the historical sequence in Mesopotamia with pinpoint accuracy, something that has been very difficult to achieve to date, given the high number of societies that lived there.

The tablets were secured in a massive library of Babylonian writings that was unfortunately sacked leaving the tablets in a broken state. Reconstructions of more than one copy have revealed the true observational contents. Only securing their dates stands between us and more clarity of the history.

And there are other spin-offs as well. There is a well-known volcano in the Mediterranean Sea called Santorini whose activity has never been pinned down to a specific date. But it is believed to be at or near the time when the Venus Tablets were being recorded. And there is evidence in the observations that would indicate that volcanic activity was, indeed, occurring and its footprint is discernible in the tablet observations.

Hence, solution of the dates reveals a much larger kaleidoscope of history than just the dates of events in Babylon.