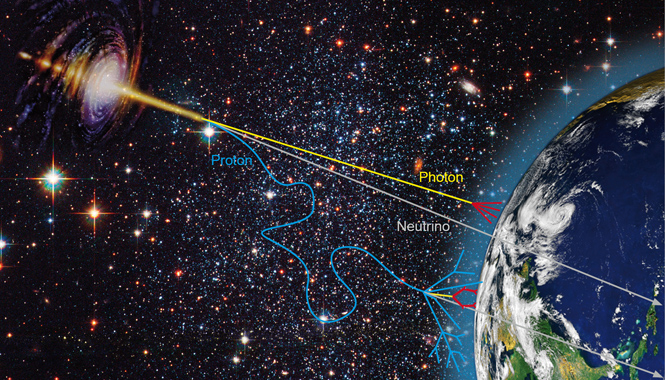 Talk by Professor Franz Muheim, Head of the Particle Physics Experiment Group at the University of Edinburgh.

Neutrinos are some of the most fascinating particles in the universe. They are very elusive as they interact only very weakly, but on the other hand they are also one of the most abundant particles. Neutrinos are continuing to playing a major role in particle physics and astronomy. The challenge to detect these fleeting particles is enormous, but measurements of their properties and interactions has significantly changed our understanding of Nature. Neutrinos are also messengers from astronomical events such as supernovae and have been proposed to monitor nuclear reactors.

Also at the meeting, Horst will tell us about the night sky in May.

Visitors are welcome at our meetings and they can watch them live on our YouTube channel.

Prof Muheim is Head of the Particle Physics Experiment Group at the University of Edinburgh. His research interest is in experimental particle physics. He is an expert on heavy flavour physics and he investigates the difference between matter and antimatter by measuring CP violation in  beauty and charmed mesons and neutrinos. An expert on instrumentation, he is playing a leading role in the Ring Imaging Cherenkov Detectors (RICH) for the LHCb experiment at CERN and is now building detectors for neutrino experiments.