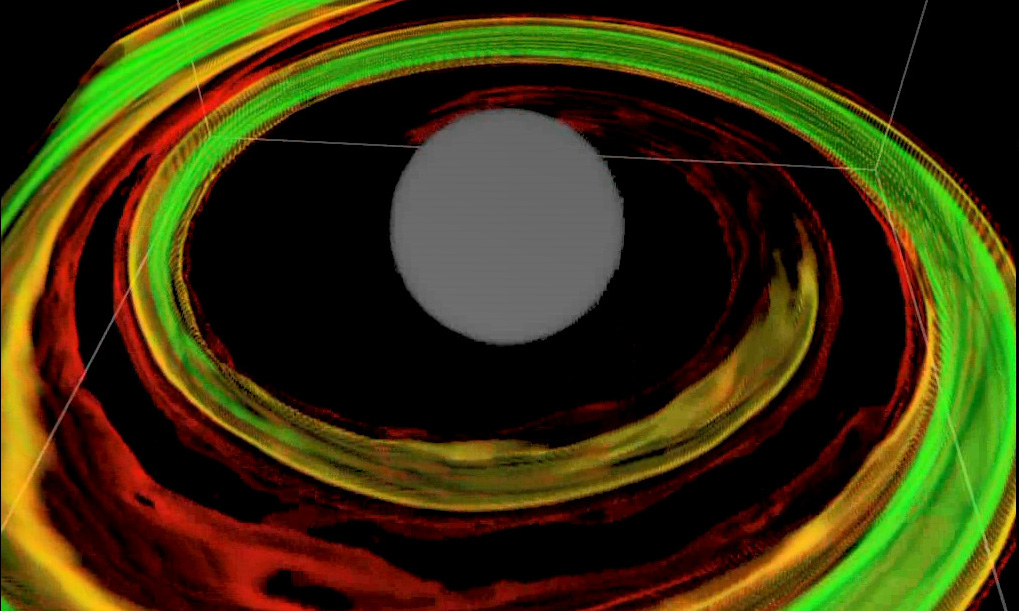 We will also have the Sky in March from Alan Pickup.

Gamma-ray bursts have been described as the biggest bangs since the Big Bang. I will review the history of their discovery and their observational properties, will discuss some ideas of what astrophysical processes generate them, will explain some numerical simulations of these ideas, and will see and hear what recent observational clues corroborate these tentative explanations. During this tour we will come across the densest compact astronomical objects, black holes and neutron stars, and their violent collisions and merging. In these processes they produce elusive gravitational waves of spacetime and ghostly elementary particles called neutrinos, both of which require massive underground detectors – quite the contrary to the traditional tools of astronomers, telescopes.

Dr Ruffert moved to Edinburgh 1998, to take up a job at Edinburgh University and has not looked back since and certainly not regretted his move !

His first degree (Physics) at Ruhr University at Bochum in Germany. After gaining his PhD in theoretical Astrophysics at the Max-Planck-Institute for Astrophysics, Munich (Germany) He held post-doctoral positions in Cambridge, Tucson (Arizona) and Munich.

He was born in Tripoli, Libya, to born to a Maltese mother, a school teacher and German father who worked for the Foreign Service of Germany, so his upbringing was widely travelled, with his School first year in Zagreb, the next 10 years in Brussels and after that 2 years in Geneva.