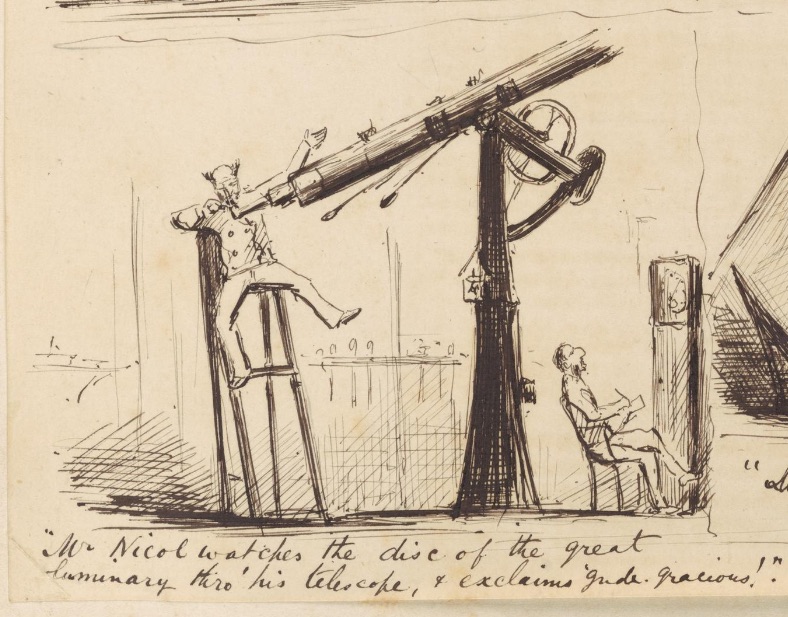 “The name John Walter Nichol enters the history of astronomy for his participation as an observer in one of the British expeditions to observe the transit of Venus in 1874. He was said to have been an assistant at the Royal Observatory, Edinburgh, but little else has been added; he was just one of the small army of observers mobilised that year. He is, however, brought to life in the caricatures that another member of his expeditionary team produced to record their ‘Life and Adventures’ on expedition. These prompted me to find out more: what brought this Edinburgh native to astronomy and to Hawai’i, and where did he go next?”

Members will join via Zoom and visitors are welcome to watch live on our YouTube channel.

Image: J.W. Nichol as depicted by Lieutenant E.J.W. Noble in ‘The Life & Adventures of Station B’, digitised by Cambridge Digital Library