This event has passed.
Cancelled

CANCELLED due to COVID.
Apologies but we’ve had to postpone this talk. We hope to arrange it for some future date.

Talk by Dr Kate Lancaster of the University of York

Ultra-intense lasers are an incredibly useful tool to create extreme conditions in the laboratory. It is possible to create conditions very similar to the inside of a star, in tiny volumes of material, which allows us to study physical processes that are important to stars such as nuclear fusion. We can also create astrophysical phenomena in miniature such as astrophysical jets and collisionless shocks. It is even possible to do experiments that help us understand the origin of magnetic fields in the universe. This talk will take you on a journey through some of these experiments, and speculate about future experiments that will help us understand the universe in ever greater detail. 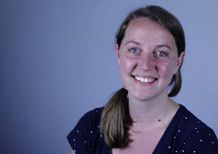 Dr Kate Lancaster is a lecturer and programme leader for the MSc in Fusion Energy, based at the York Plasma Institute, part of the physics department at the University of York. She received her PhD in 2005 in Advanced Fast Ignition Studies (a form of laser driven fusion) from Imperial College whilst based in Central Laser Facility at the Rutherford Appleton Laboratory. A post-doctoral position was followed by a permanent research position at the Central Laser Facility, before coming to the York Plasma Institute in 2012.

Her research expertise is in ultra-intense laser-plasma interactions and is based around understanding the absorption of those lasers and the subsequent transport of the energy. She specifically is interested in the role the electrons play in this and how we can manipulate and control them to heat matter, which is relevant for laser driven fusion and creating warm/hot dense matter. She is also interested in the study and understanding of such matter once it has been produced.

Kate has been very active in the communication of science for many years. She has spoken to tens of thousands of people at many events, festivals, and schools and has appeared as an expert on both television and radio, mainly speaking about lasers, plasmas, and fusion. She gave a prestigious Friday Evening Discourse at The Royal Institution in 2015 on “The Extreme World of Ultra Intense Lasers”.  In 2016 Kate was a guest on the BBC Radio 4 show “in our time” talking about plasma.

ASE members will join via Zoom and visitors are welcome to watch live on our YouTube channel.