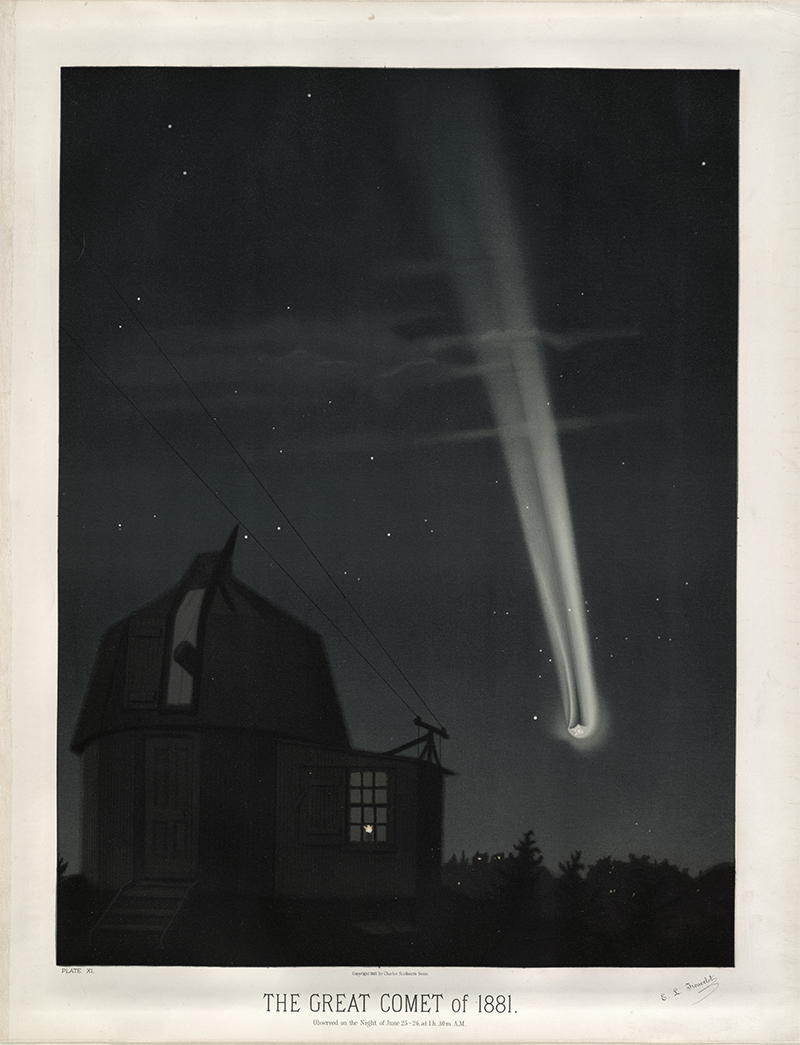 Talk by Randall Stevenson, Society member and Emeritus Professor of Twentieth-Century Literature in the University of Edinburgh.

How did the night sky seem to the Victorians, a century and a half ago? Astronomy enjoyed a growing role in the period’s imagination — among the general public, and in contemporary literature. In particular, the bright comets which appeared frequently between 1840 and the 1880s often caused a great sensation, Tebbutt’s comet of 1881 especially impressing Thomas Hardy. Astronomy and the night sky appear in much of Hardy’s work, and comets also figure strongly in the fiction of his near-contemporary, H.G. Wells. Radical changes in the period’s cosmography also continue to shape the writing of their successors in the early twentieth-century.

Members will join us via Zoom and visitors can join us live on our YouTube channel.