I came to Edinburgh in 1968 to join the Satellite Tracking Section at the ROE, and I joined the ASE in the same year. I wrote my first newspaper notes on the night sky for both the Guardian and the Scotsman for the month of 1974 August, initially as (I thought) a temporary stand-in for Norman Matthew. Sadly, he never took the reins again and I continued with both papers, adding the Sunday Times in late 1979 (exactly 40 years ago). I still write those monthly notes for the Scotsman and weekly ones for the Sunday Times. My Guardian writing expanded over the years with more frequent notes on astronomy, space and satellite visibility, but I ended my Guardian career with a final Starwatch note published on 2018 January 1 in anticipation of its switch to a more restrictive tabloid format. You can still access quite a large number of my Guardian notes on their webpage.

As satellite tracking ended at the ROE in the 1970s, I got involved with the Observatory’s site testing, working for short periods in Spain, Italy and Tenerife at potential locations for what eventually became the UK’s observatory on La Palma. Having become involved, also, with software for the design and operation of the UK Infrared Telescope (UKIRT) and its instruments, I continued this in Hawaii between 1981 and 1987, where I was interviewed by Patrick Moore for the 25th anniversary programme of The Sky at Night. After returning to the ROE, I continued to work on software and instrument development, including several commissioning trips back to Hawaii, until I retired in 2005.

Obviously, I’m still involved with the ASE of which I am a past-President and the proud recipient of its Lorimer Medal in 2011. I think my first PowerPoint presentation of the monthly night sky for the ASE was in 2003 November, and I’ve done a fair proportion of them ever since. I now do a similar monthly presentation for Edinburgh’s University of the Third Age (U3A) Astronomy Group with which I am also active. 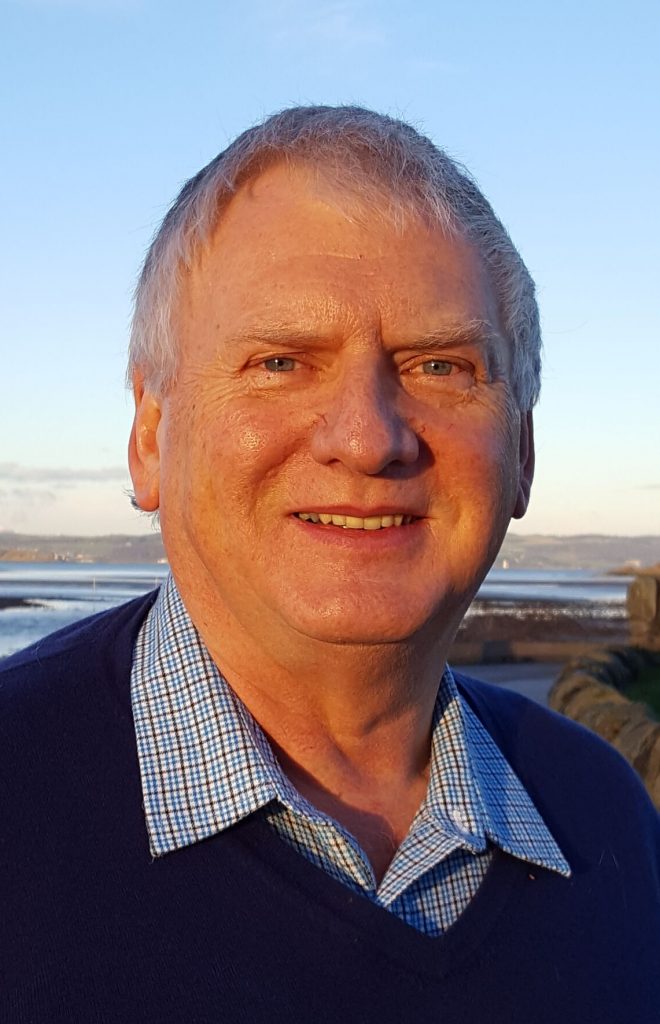