There was a fascinating event early in the morning of 8 December 2022. The full Moon occulted Mars, which was at opposition – a rare event indeed. Various ASE members braved the freezing early morning air to grab some amazing images. Mike McGovern took the image in the banner of this post.

The occultation started at 04:56 GMT as seen from Edinburgh and Mars re-appeared 1 hour later.

A bit of Mars occultation history:

Aristotle, a student of Plato, observed an occultation of Mars by the Moon on 4 May 357 BCE. From this he concluded that Mars must lie further from the Earth than the Moon. He noted that other such occultations of stars and planets had been observed by the Egyptians and Babylonians. Aristotle used this observational evidence to support the Greek sequencing of the planets.
Wikipedia

Got a taste for occultations now? Well if you have nothing better to do on 1 January there is an occultation of Uranus by the Moon in the late evening. From in-the-sky.org: 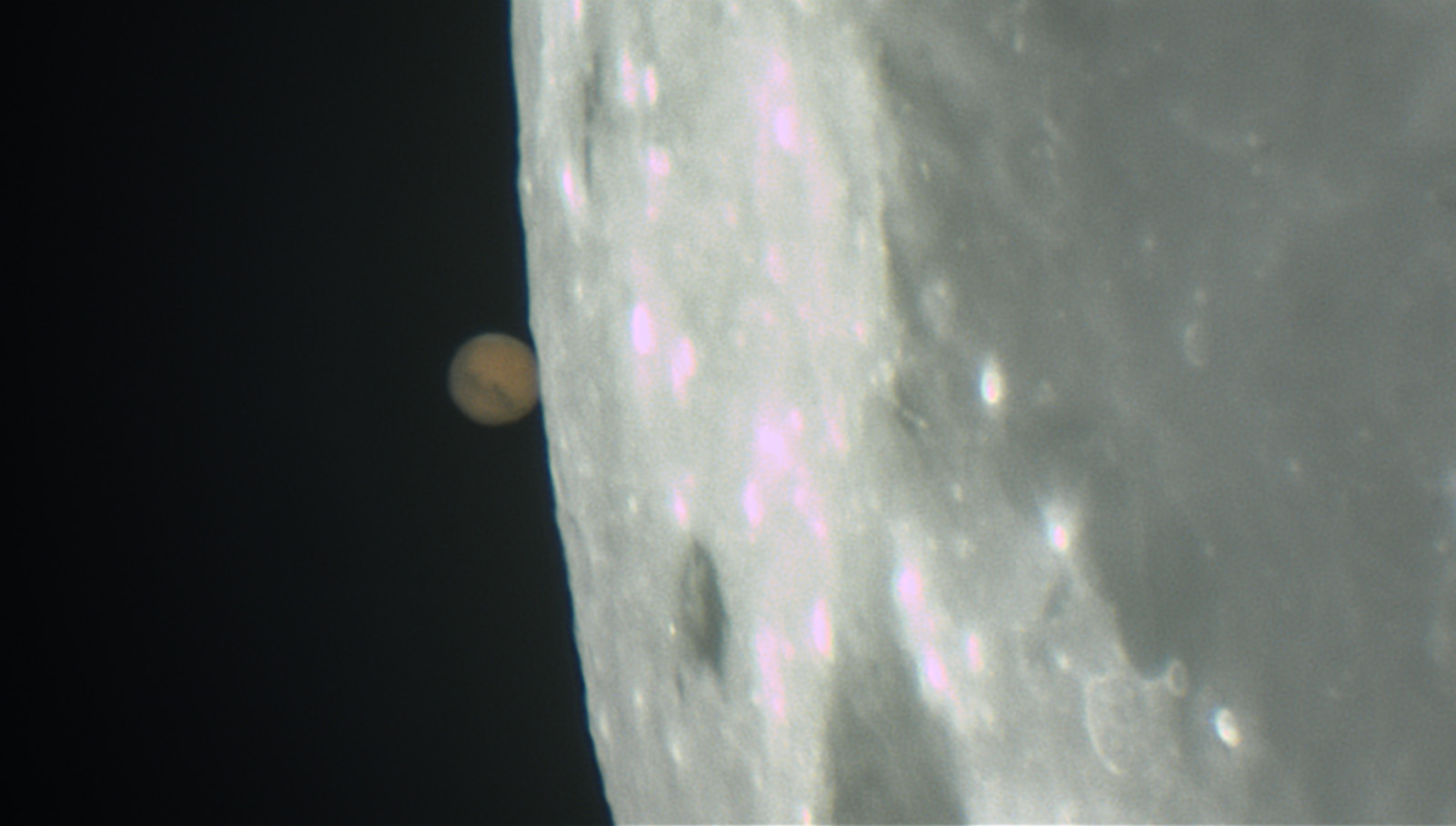 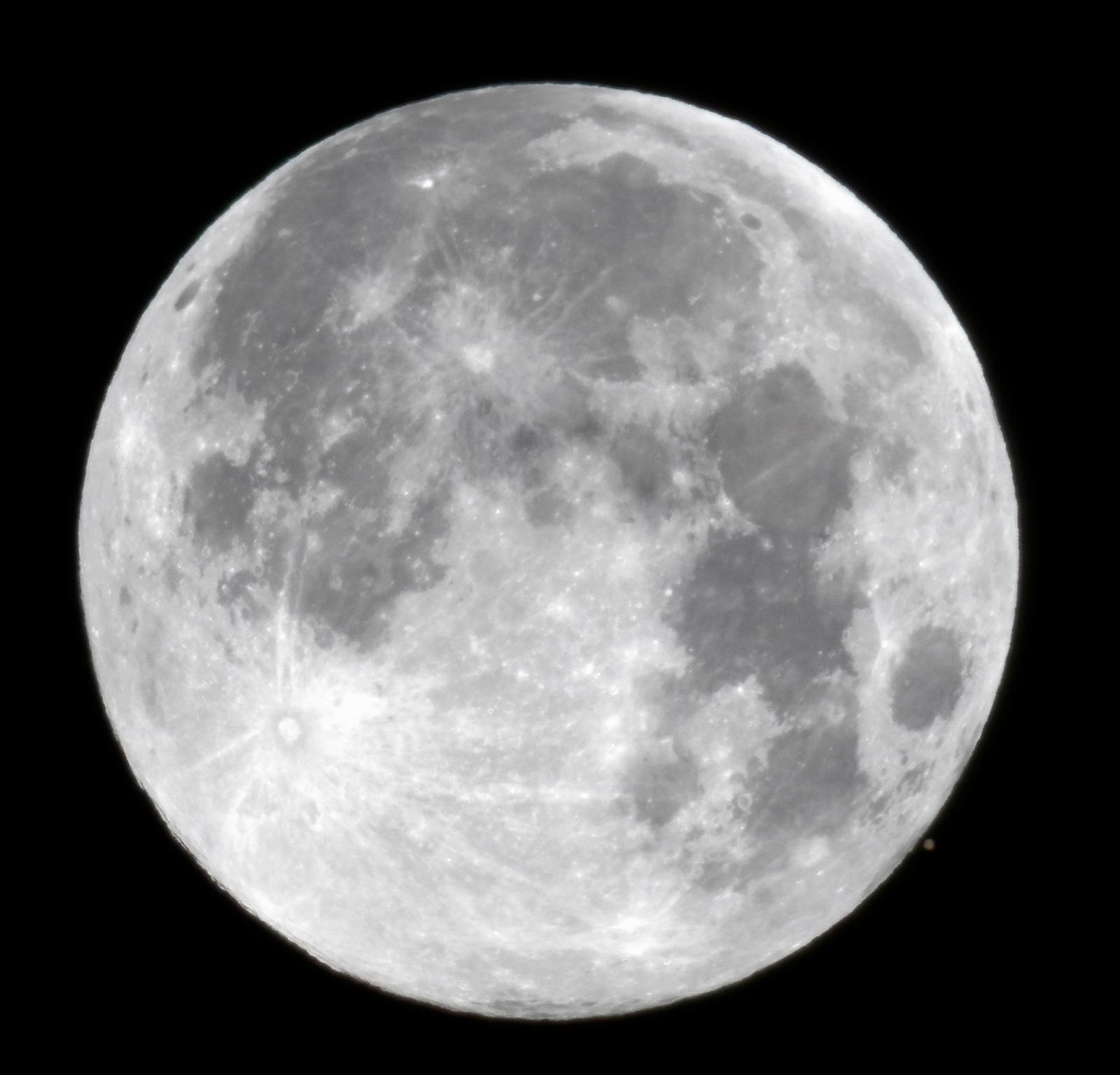 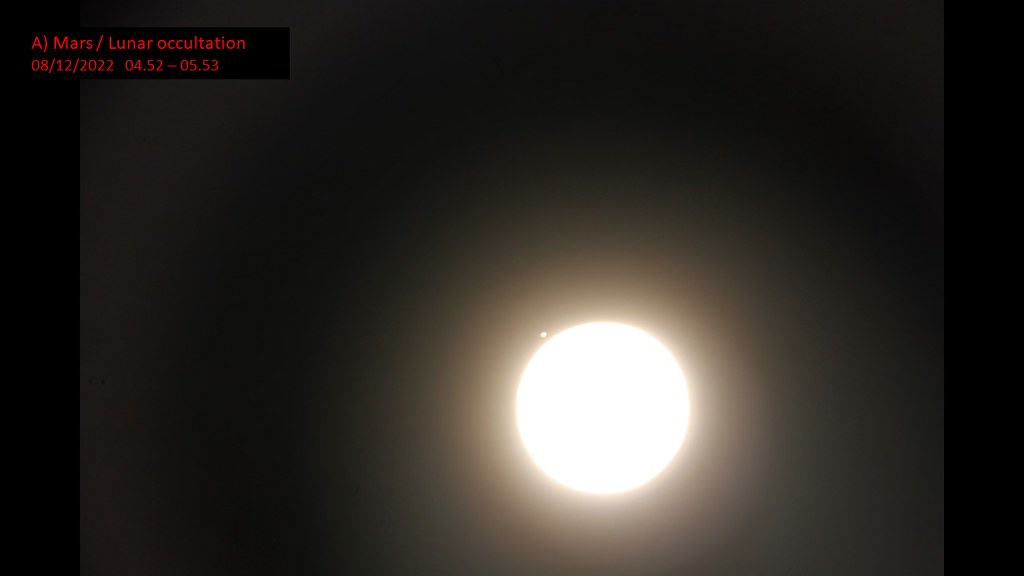