Would you like to help keep the JWST safe?

Would you like to help keep the JWST safe?

Over the past 6 months, 4 members of the Astronomical society of Edinburgh (ASE) have deployed meteor cameras as part of the UK meteor network (UKMON) and Global Meteor Network (GMN). These cameras capture meteors using low-cost barebones security camera connected to specialist software running on a Raspberry Pi. We now have a page on our website dedicated to displaying the latest data from these cameras and providing pointers for more information and in-depth data. 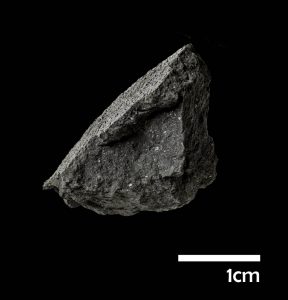 There are currently only 9 UKMON meteor cameras in Scotland, out of the 163 cameras across the UK. In 2021 alone UKMON cameras recorded and matched 87,239 meteors contributing 27,173 orbital trajectories to the global archive. More cameras mean more matched data, and the more data allows the team to work out the orbits of the meteoroids that caused the meteor, and sometimes their approximate size and mass – and whether they made it to the ground. See “UK Meteor Network played a crucial part in a successful recovery of the historic Winchcombe meteorite”, by Dr. A. King, Natural History Museum London

As new showers are identified these can be used to predict spacecraft impact risk. You will have read that James Webb Space Telescope suffered a recent impact from a micrometeoroid that damaged one of the mirrors. Most of the risk comes from sporadics – random meteors which cannot be forecast, as they are not part of a known shower. However, at short time scales (hours to days), meteor shower outbursts can play a significant role. As they have a strong directionality, satellites can simply turn their “hard” side towards the radiant for a few hours to “weather the storm”.

UKMON and GMN cameras will be the ones observing these outbursts, improving prediction models, and ultimately allowing all participants in space, including the JWST, to go about their business and stay safe. If you are interested in finding out more about the UKMON and GMN or setting up a camera, visit our meteor camera page.

In September, the ASE will be hosting a talk by Denis Vida, one of the key members of the GMN on “Revolutionizing meteor physics by building a global-scale scientific instrument.” So join us for that.