The Banks Transit Table and Telescope

The Banks Transit Table and Telescope

I recently took this instrument out of storage to check on its condition and thought it would be useful to members to produce a short paper on what we know about it.

The background to the Society’s ownership if that was bequeathed by a former president, John W Sincair, to the ASE on the 4th August 1940.

A plaque attached gives the details.

The telescope is 1.5” aperture and 14” in length. It is illuminated by a spirit lamp attached to the side allowing the light to shine through the axis of the scope via a small glass window. Although no Crosshairs are visible through the eyepiece, it is likely that these were made from spider web ‘silk’, a common practice at this time. As such they would have perished sometime ago. (For more information on the use of this material see https://adsabs.harvard.edu/full/1992JATSo…1…10T )

There are vernier thumbwheel adjusters and eyepieces to move and read the vernier scales on the circle and the table. A lower eyepiece is missing and its holder broken. A spirit level on top of the telescope allows the table and telescope to be levelled. The brass work is tarnished but could be cleaned and the NMS has been contacted for advice about this.

The maker, Robert Banks, has signed the circle as ‘Banks of London’

Rebekah Higgitt of NMS noted that: Gloria Clifton’s Directory of instrument makers has Robert Bancks 1796-1831 based on the Strand and Piccadilly as an optical and mathematical instrument maker and known to have sold telescopes and theodolites. The business became Robert Bancks & Son 1831-1834, based at New Bond Street.

Brian Stevenson on his work on Robert Bancks says:

Robert Bancks (also written “Banks”) was a well-regarded manufacturer of microscopes and other optical and scientific instruments. He was designated Mathematical, Optical, and Philosophical Instrument Maker to George, the son of King George III, who was Prince of Wales (until 1811), Prince Regent (1811-1820), then King George IV (1820-1830), and also his successor, KIng William IV. Among Bancks other renowned customers were Charles Darwin (who took a Bancks microscope on his Beagle trip) and Robert Brown (who described “Brownian” motion).

Bancks is reported to have begun his shop at 440 Strand, London, in about 1795. In 1805, he moved to 441 Strand. His eldest son, also named Robert, joined as a partner during the mid- to late-1820s, forming Bancks and Son. In 1829, they moved to 119 New Bond Street. The son died there in November, 1830. The elder Bancks continued at that location, retaining the name of Bancks and Son. He evidently retired in 1834-35, and moved to a house in Knightsbridge.

So we have an interesting and historically important instrument. I have found no other similar instruments other than one sold by Bonhams. Which has a very different construction.

Below are the images I have taken 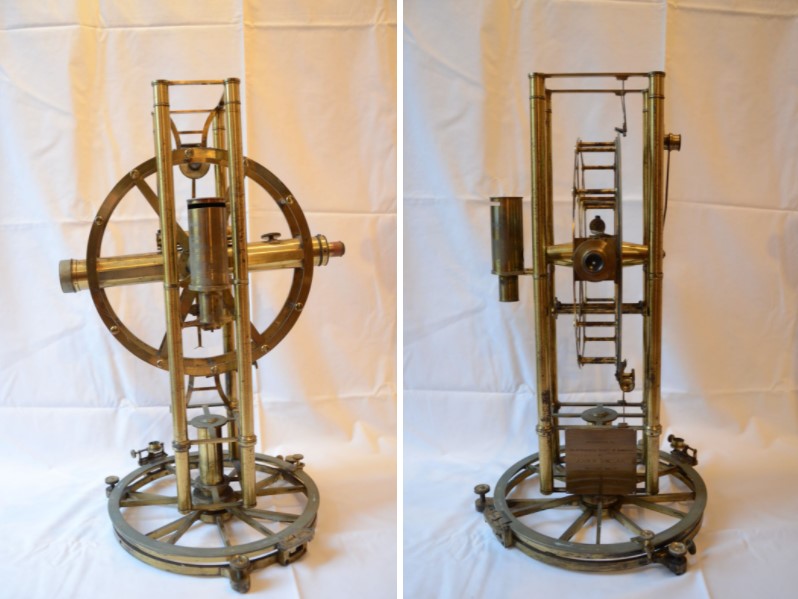 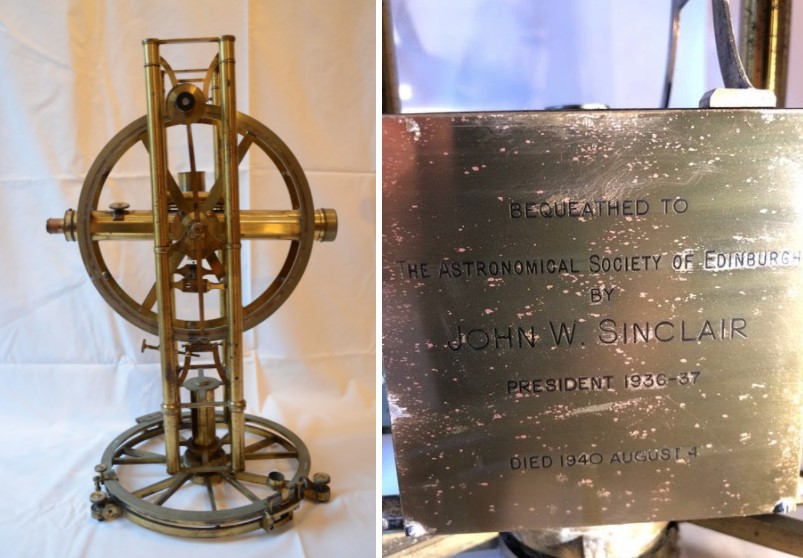