The Summer Triangle is moving away westwards and as winter approaches we look forward to seeing the likes of Orion, Gemini and Taurus. But in late autumn Auriga is worth a look and it’s already getting high in the eastern sky.

Even though it’s at the same right ascension (the celestial version of longitude) as Orion, because it’s at a much higher declination (celestial latitude) it is already well placed, ahead of Orion. It straddles the northern part of the Milky Way and has a number of interesting objects that are worth a look.

The constellation is dominated by the bright yellow magnitude 0.6 star Capella (Alpha Aurigae), the sixth brightest in the sky and circumpolar from Edinburgh. At  a distance of 42.9 light years from Earth, it is relatively close and is actually a quadruple star, made up of two binary systems.

The Charioteer was one of the 48 constellations identified by Ptolemy in the 2nd century and is bordered on three sides by Gemini, Perseus and Taurus. It even shares a star with the constellation of Taurus: Elnath at the south-east corner is actually Beta Tauri. The three fainter stars just below-right Capella form an asterism known as the Haedi (kids) which can be seen with the naked eye and binoculars.

There are three well-know open clusters in Auriga, all part of the Messier catalogue and all around magnitude 6: M36, M37 and M38. Visible with binoculars but a nice sight through any telescope. Stellarium identifies them as: M36 – Pinwheel Cluster; M37 – January Salt-and-Pepper Cluster; M38 – Starfish Cluster. Are they meaningful names? M38 also has a fainter bonus open cluster in the same field, NGC 1907. 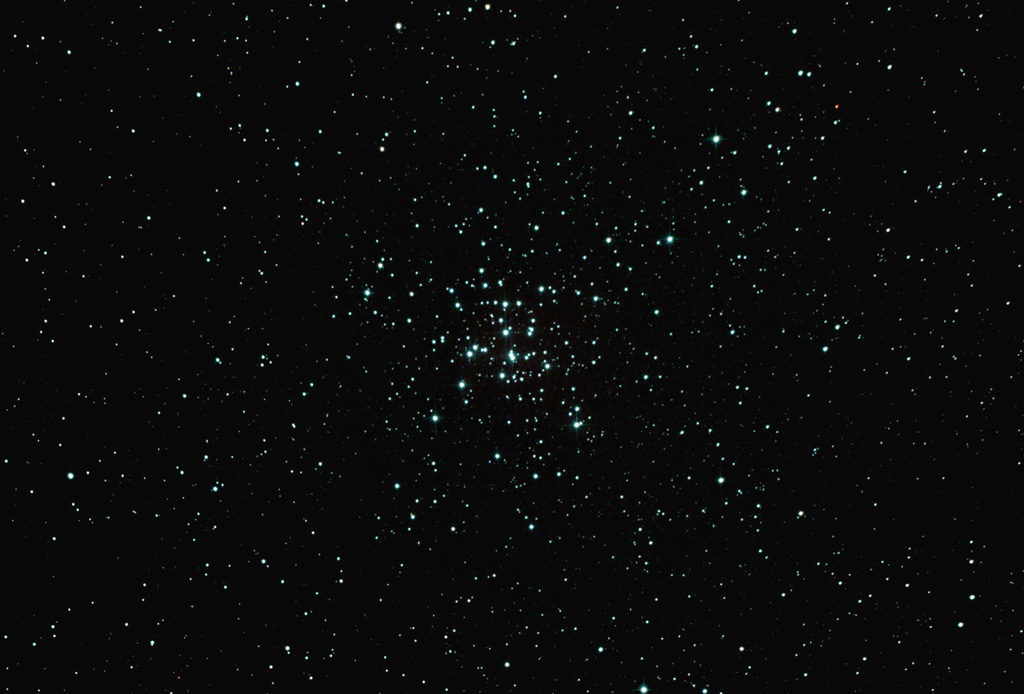 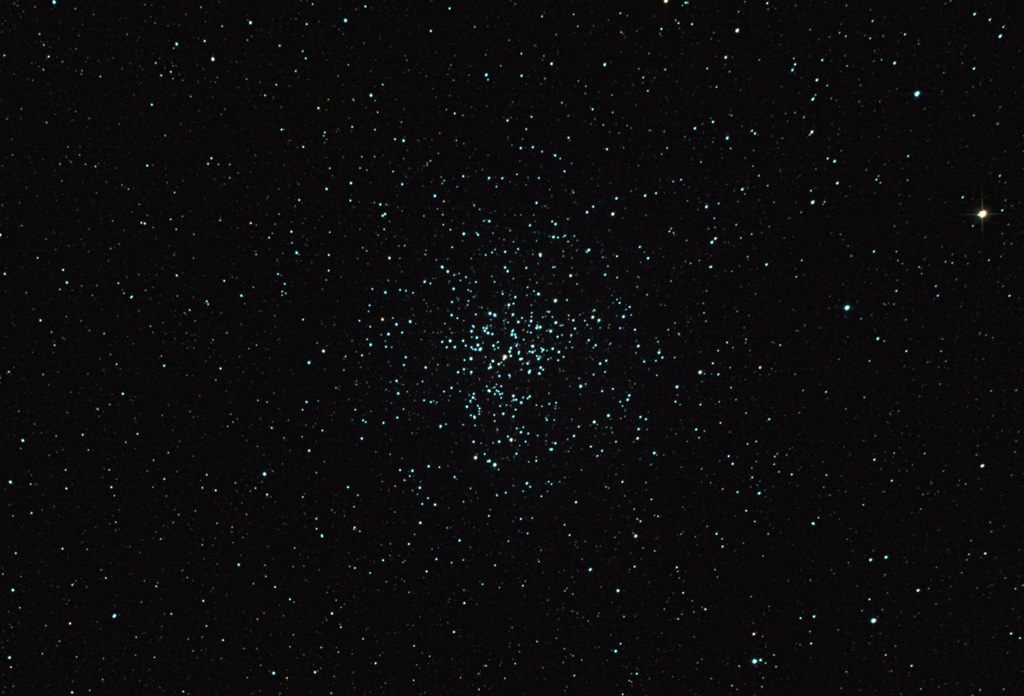 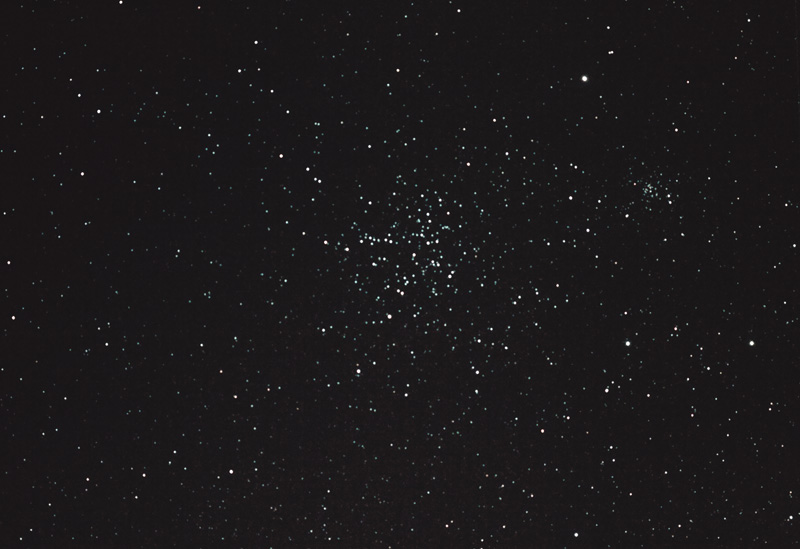 The other object of interest, mainly to astro-imagers, is IC 405 (Caldwell 31) the Flaming Star Nebula. It is both an emission and reflection nebula, associated with the irregular variable star AE Auriga. The reflection nebula appears as a blueish ribbon of smoke sitting on top of the red emission nebula.

So before the dazzling sights of the winter constellations take over, take a look at Auriga. 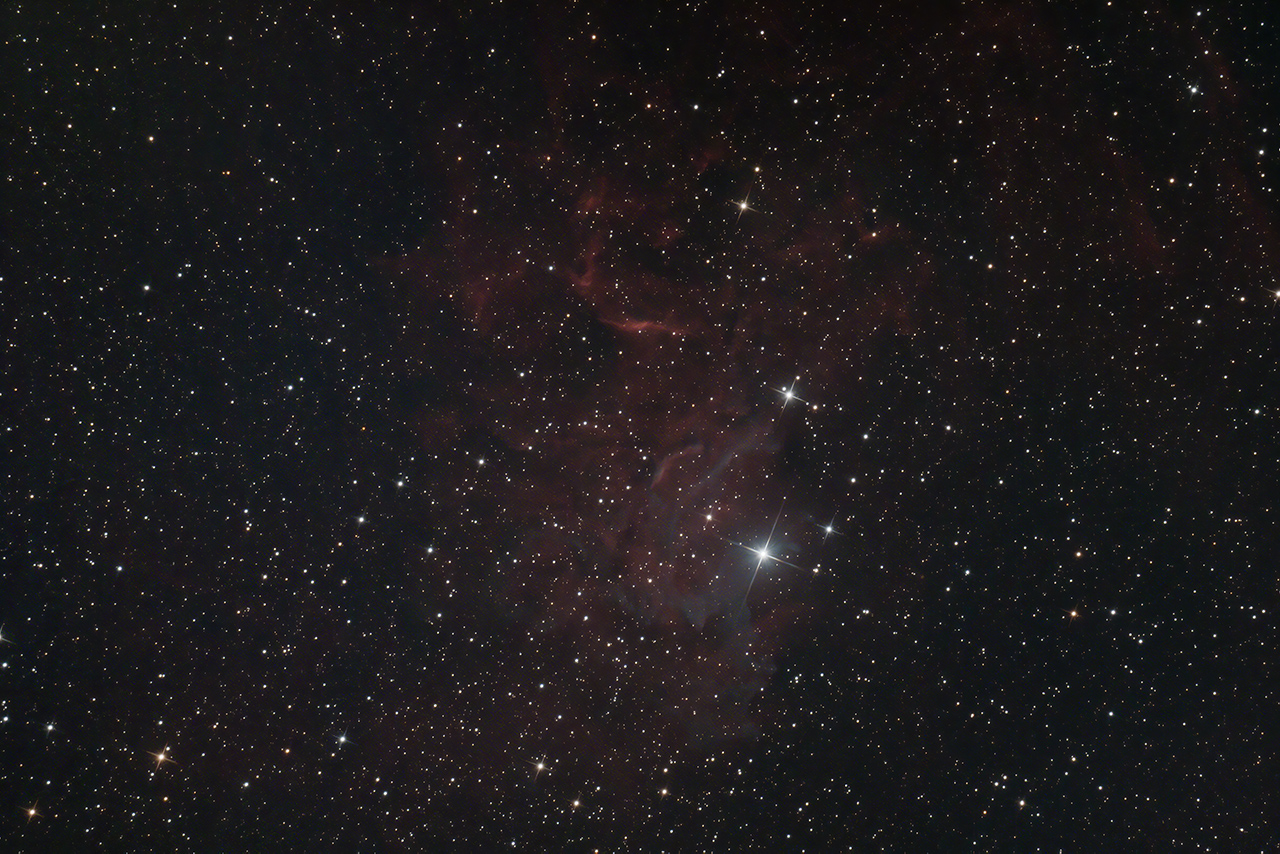