Get ready for the Perseid meteor shower August 2020

Get ready for the Perseid meteor shower August 2020

The Perseids, one of the best meteor showers of the year, coincides with a waning Moon in 2020 when the shower reaches its peak on the night of August 12-13, so conditions are quite favourable. Some will be visible each night from 23 July to 20 August.

At its peak the shower is expected to produce a Zenith Hourly Rate (ZHR) of about 80 meteors per hour. From Edinburgh the radiant of the shower will be 38° above the NE horizon at midnight. This means we might be able to see around 50 meteors per hour, since the radiant will be relatively high in the sky. And remember, you can actually see some Perseids from as early as 23 July  all the way up to the peak.

The Moon will rise just before midnight BST and is waning at 42% illumination, so conditions are pretty good.

The radiant is the point in the sky that the meteors appear to come from, which in this case is in the constellation of Perseus. To view meteors don’t look directly at the radiant itself but at about 30–40° away from it, then meteors will show reasonably long trails without being too spread out.

Meteor showers happen when we pass through the debris left behind by comets and asteroids. The comet responsible for the Perseid shower is 109P/Swift–Tuttle and we pass through this cloud every year in Jul-Aug. When these tiny objects hit our atmosphere they burn up and appear as “shooting stars”. 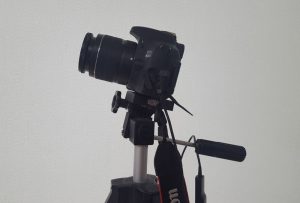