Astronomy in the Twilight Zone

Astronomy in the Twilight Zone 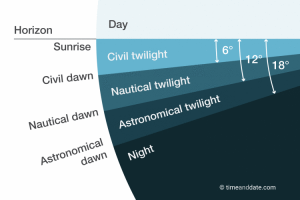 During the summer months it is very easy to stop doing any astronomy because of the light nights. In Scotland, during May, June and July, the Sun never gets very far below the horizon and so the most we get is twilight instead of full darkness.

First published June 2018, UPDATED after May 2019 meeting where Mark Phillips gave a talk on this subject.

There are different classes of twilight, defined by how low below the horizon the Sun is. See the diagram. 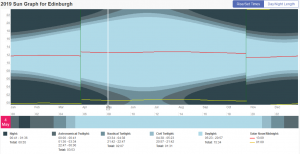 But don’t give up! Here are a few things you can continue to do and see in the warm summer months.

“Night Shining Clouds” can give beautiful displays during the summer months. These silvery, high altitude clouds of ice crystals are only really visible in latitudes of about 50 to 70 degrees north or south of the equator when the Sun is between 6 and 16 degress below the horizon. These mesospheric clouds are at such high altitudes (~85km) that they are still in sunlight even though the sun is below the horizon. They can give some beautiful displays at this time of year and are definitely worth looking out for or have a go at photographing. Even your phone camera can capture them. 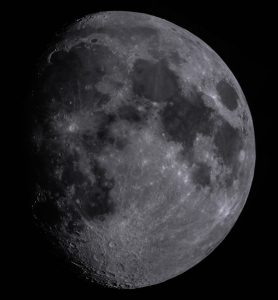 The Moon is obviously still around and less affected by the lighter nights. You can even view or image it during the daytime. It’s not as easy as during a dark night with the extra glare and the features are not so well defined but you can still make out a lot of interesting features and it’s large enough to see lots of detail.

Why not try observing some of our ASE-24 Moon items or the Lunar 100 or do some imaging with whatever camera you have available. It’s not too hard and it’s very rewarding.

If you have a camera sensitive to the infrared, such as the latest ZWO cameras, then you can use an infrared pass filter (you can get one for about £30). This takes out all of the glare and it’s almost like imaging at night. 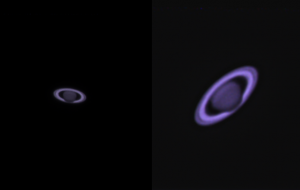 Similarly, the bright planets are not affected by the twilight so much. Venus, Mars, Jupiter and Saturn can all be observed during the twilight hours. Infrared filters can also give a better, sharper and steadier view on some planets. 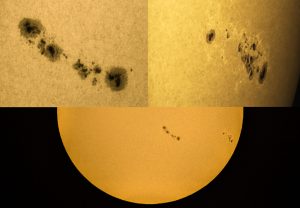 And the most obvious one of course is the Sun. But there’s usually more of it in the summer, it’s higher in the sky and stays up longer.

The usual warning: never look directly at the Sun unless you are using instruments specifically designed for the purpose. Even a fraction of a second can do irreparable damage to your eyes.

But there are safe ways to look at the sun from projecting it onto a white card held behind the eyepiece of a telescope, to white light sunspot viewing and specialist solar telescopes that can show solar prominences. Glass filters are available to go over the front of most telescopes but you can aslo make yourslef a cheaper – just as good – version using Baader Solar Safety Film (£19), some card, glue and sticky tape. Very effective and cheap! The detailed images of the Sun in this image were taken using one of these.

It’s easier to learn to use your telescope in warmer twilight or daytime than freezing pitch black winter night!

So don’t stop observing in summer. Enjoy what’s on show until the return of the dark – and hopefully clear skies!