Harder to observe than open clusters, globulars and the brighter nebulae, galaxies are interesting Spring to Summer objects and you can make out some of them with most telescopes. Imaging is needed to see any real details in these complex, distant objects; they’re not always easy to find but very satisfying when you do.

Nearby is Canes Venatici with M51 (Whirlpool) which is actually two interacting galaxies, with an uncertain distance of  between 15 – 35 million light years distant.

Leo contains many galaxies, some clustering together. M65, M66 and NGC 3638 form one grouping while M95, M96 and M105 form another. The Leo cluster of galaxies itself is about 330 Million light years away containing at least 70 major galaxies.

The constellations of Virgo and Coma Berenices contain many galaxies. Use your favourite planetarium program to find them.

Connecting your eye to these massively distant objects puts the distance scale of the universe into perspective. Douglas Adams got it right in the Hitchhiker’s Guide to the Galaxy when he invented the Total Perspective Vortex:

For when you are put into the Vortex you are given just one momentary glimpse of the entire unimaginable infinity of creation, and somewhere in it a tiny little marker, a microscopic dot on a microscopic dot, which says “You are here.” 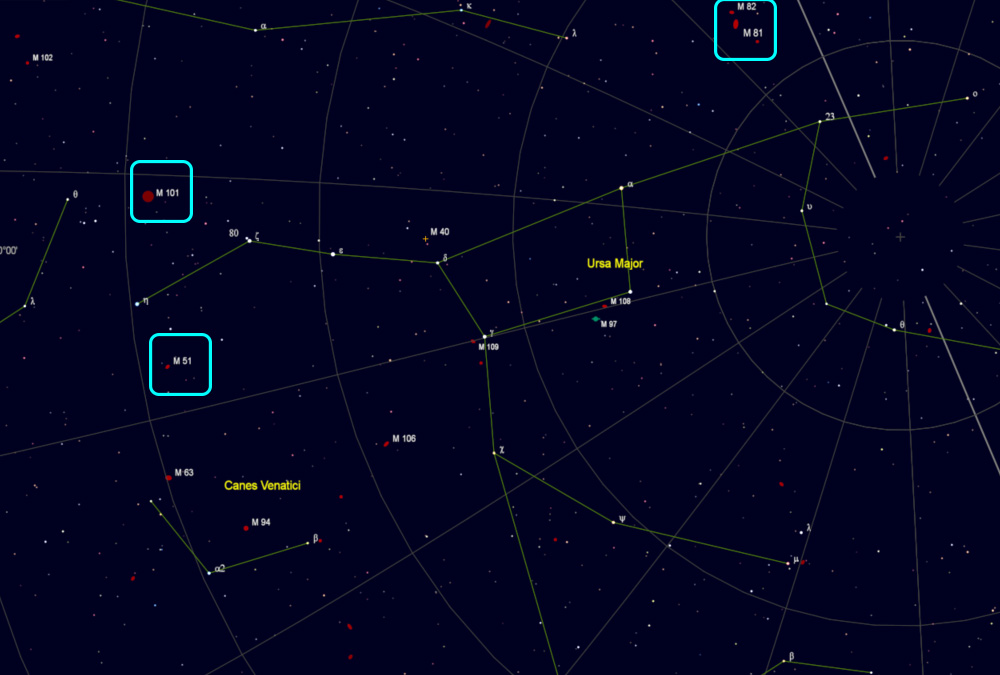