The total eclipse of the Moon will be fully visible from Edinburgh on 21 January 2019, but you’ll have to stay up very late or get up very early to watch it. Totality begins at 4:42 am!

All you need to view a Lunar eclipse are your eyes! Binoculars or a small telescope can help to get a closer view as the shadow starts to creep across the Lunar landscape.

A lunar eclipse occurs when the Moon enters the shadow created when the Earth is between the Moon and the Sun. You might think it should happen every month, when the Moon is full and on the other side of the Earth from the Sun, but because of the inclination of the Moon’s orbit around the Earth, that doesn’t usually happen.

It’s relatively easy to image a Lunar eclipse. A camera on a tripod is all you need. Hopefully your auto-focus should work OK as the Moon is large enough in the sky to focus on (not so easy for stars and meteors). If you have a cable release as well that can help to avoid vibrations, but if not then you can use the delay timer on your camera.

You can even get decent images with your mobile phone camera, but you should try and support and steady yourself – or the camera – to get the best images. Sometimes the auto-exposure on phones can make the Moon image too bright, losing many of the finer details, so you might need to try and reduce the exposure using manual settings. 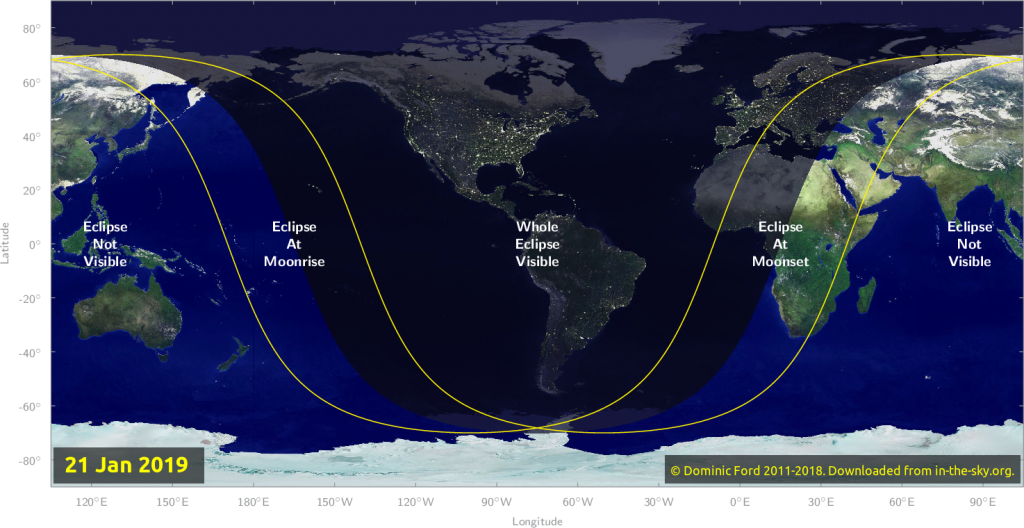