Periodic comet 46P/Wirtanen may be a naked eye object in December, rising above the Edinburgh horizon to provide an interesting Winter spectacle. 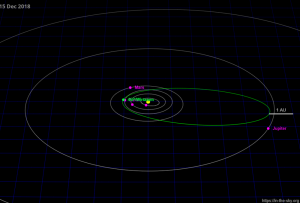 The comet only rises high enough in Edinburgh early in December, but will then become well-placed for observation as it rises higher and  passes through Eridanus, Cetus, Taurus, Perseus and Auriga in the rest of the month.

The comet is periodic with an orbital period of 5.43 years. Its closest point to the Sun is at 1.06 AU and furthest point of 5.43 AU, just inside the orbit of Jupiter. The fact that is does come so close to Jupiter means that its orbit has changed significantly since its discovery in 1948, due to perturbations caused by Jupiter.

Reality is often different from the predicted – sometimes there are outbursts as a comet heats up approaching the Sun, at other times they simply fizzle out as damp squibs. This can make comets interesting objects to observe when you get the rare chance. Some predictions show it brightening to mag. 3.3, others show it going no brighter than mag. 6.

There is a dedicated campaign about the 2018 apparition of this comet because it could be interesting.

Why could it be interesting?

Here’s a reason why it’s difficult to predict comet brightness, taken from the campaign page:

“The problem for comet Wirtanen (and other close approachers) is that, as it gets closer and closer to the Earth, its coma gets spread out over a bigger and bigger area of the sky. Consider that at closest approach, the physical scale is only 57 km/arcsec, so the coma, which extends hundreds of thousands of kilometers from the nucleus, may be spread over many degrees on the sky. How this affects its appearance depends on exactly how the gas and dust are distributed spatially around the nucleus. More centrally condensed material (e.g., dust) will not be spread out on the sky as the more diffuse gas contribution. Unfortunately, not only is little known about the comet, but its approach to the Earth is historically close, so we don’t have the knowledge to predict how these factors will impact the comet’s ultimate brightness. Thus, even if Wirtanen does reach a total magnitude ~3, it’s possible that the light may be too spread out to see with the naked eye.”

Whatever actually happens, it should be worth watching!

Brightness reports so far from the campaign page. The two lines are for the different ways of measuring brightness. 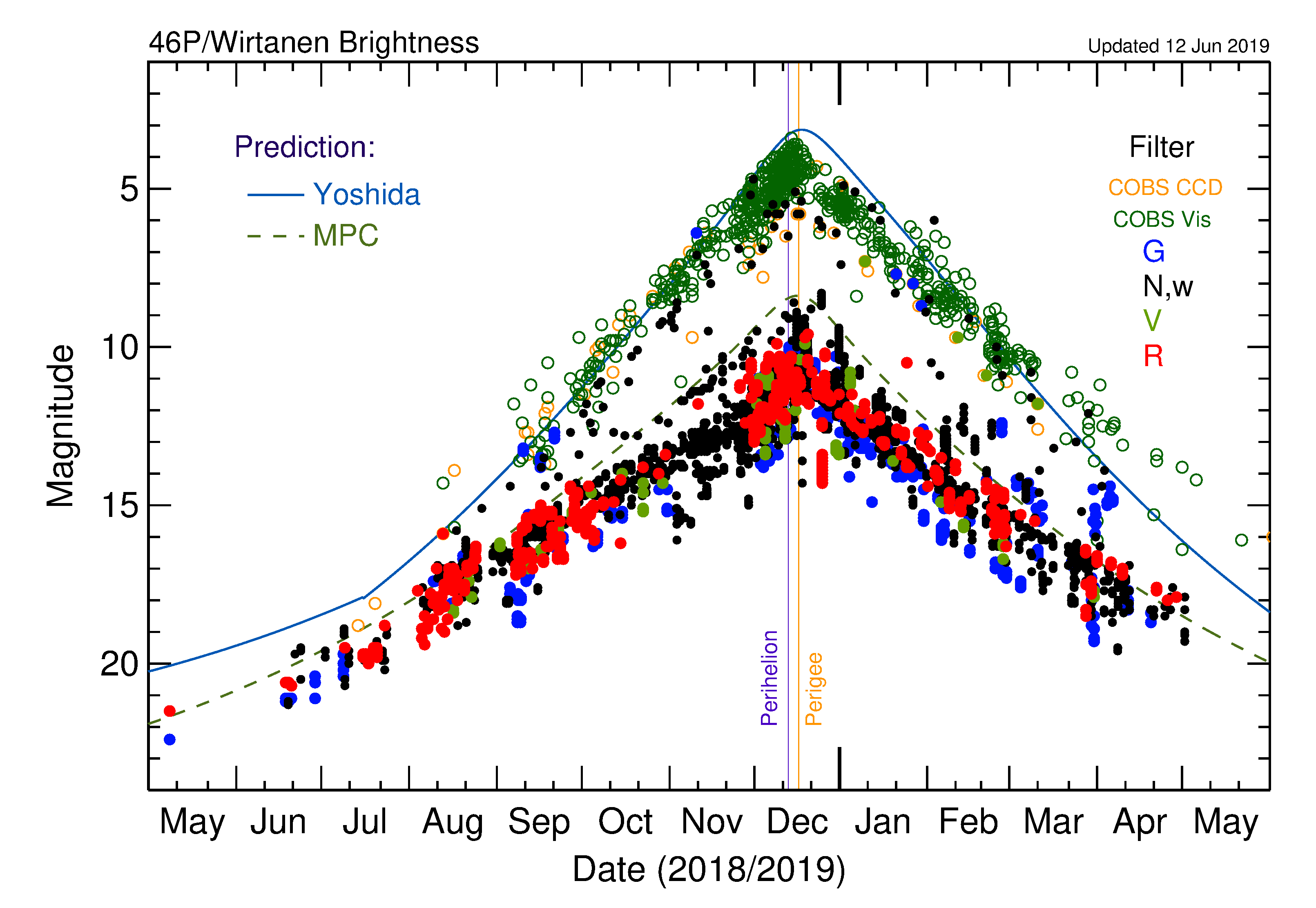